The day for me was very unusual 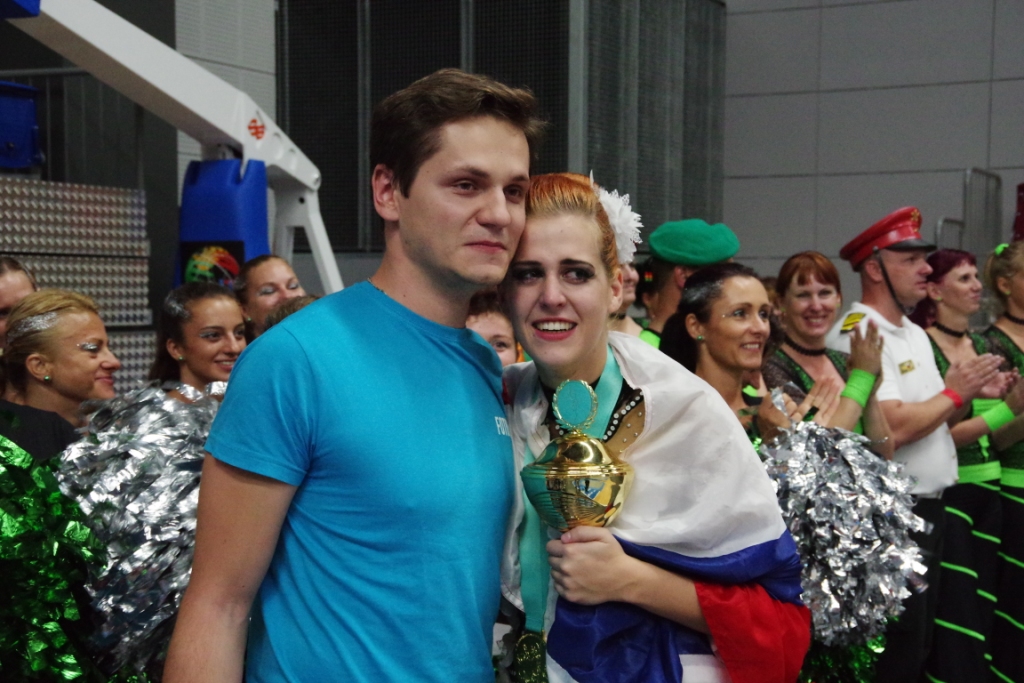 I think it was an experience that surpassed all my expectations. Once again a big thank to you and the whole team that stands for the whole competition.

I was nervous all morning and gradually my nervousness was more and more increasing. The reasons were more, whether the performance of Adel, Anet or their duo and marriage proposal itself, which I had planned several months in advance. I do not know correctly how to describe the feelings that I had with the impending announcement of results. But I was confident that I would like to follow traditions and ask for the hand of Adél as right and proper. And so, when on Friday, all participants began to line up behind the scenes to the parade for the results announcement, I took Adel´s father and her mother aside and asked whether they give me their daughter to wife. The look on their faces I certainly will not forget, but it was definitely not a negative one and I received a blessing.

Then it was the turn of the expected announcement of the results. Already the results themselves were amazing, very happy we did Anet her solo two baton! I was like on thorns, my hands were sweating and each minute was longer than usual. Then came the announcement duo 2 baton, girls gold medals after the national anthem and the moderator said words to grant special awards. It was clear to me that it is the right time. I secretly hoped not to get a microphone, because I was ashamed in front of a full hall like a little boy. I could not speak, but the few words that I managed to say understood the whole hall including Adél absolutely right. I heard her “yes”, though covert by her weeping with emotion. A round of applause throughout the hall multiplied this beautiful 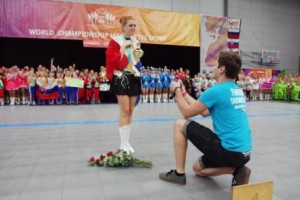 So I would like this way once again thank to all thanks to them I got this opportunity. In the future I only hope that the tradition fills “a year and a day,” and I promise that I want to be a good and loving husband of Adelka Tarabíkové.

With permission, I took the liberty to download and use the video that my marriage proposal reflects probably better than my words.