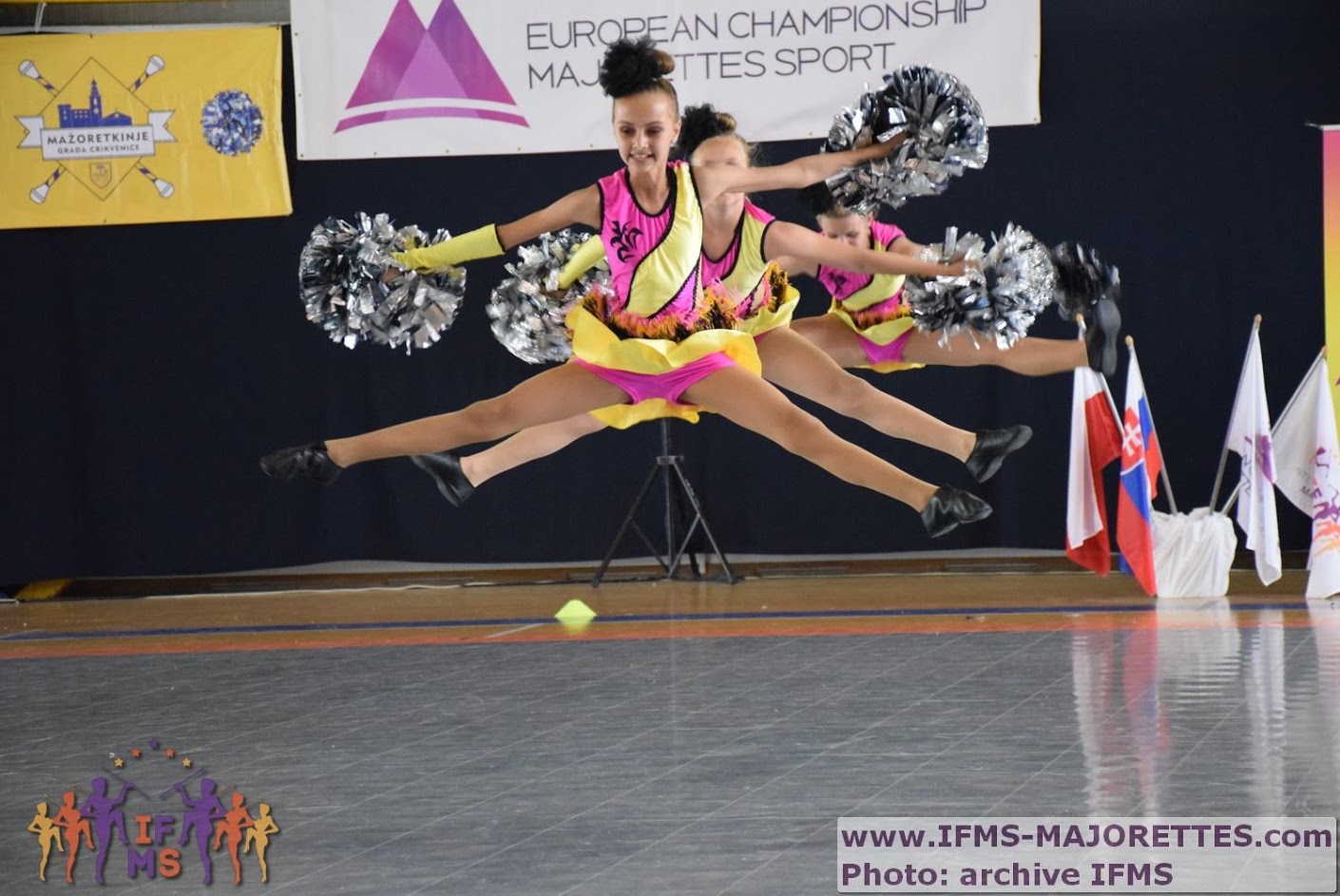 The fourth and the last day of the majorettes contest for European primacy belonged to the classic, mix and flag disciplines. At the morning briefing, the leaders were again alerted to the principles of diet at their wards. The competition in the resort Crikvenica has been repeatedly chosen by the club´s leaders. This year for the first time in four years the weather was warm, sunny and treacherous. Health dispositions in afternoon time were more frequent, expecially in some clubs. Invited health care professionals recommended limiting the competition for poor condition.

Capacity conditions on the stand and on the competition area were kept during the competition, capacity was not exceeded, ventilation in the hall was functional.

After announcing the results of the afternoon session, XIV. The European Majorette Sport Championship was officially closed by the director of the competition and the common song Hooray Majorettes was not missing.

The biggest expediton was from the Czech Republic, competitiors from all participating countries reached the medal places. The results were a nice surprise for some of hte competitors, disappointing for others, but i tis in sport and everything can be different again next time.

This year´s experience will certainly influence the choise of the venue as well as the accumulation of functions, but it will bet he subject of hte next year´s championship.