WCH Majorettes Sport has its own insignia, one of them are the medals. 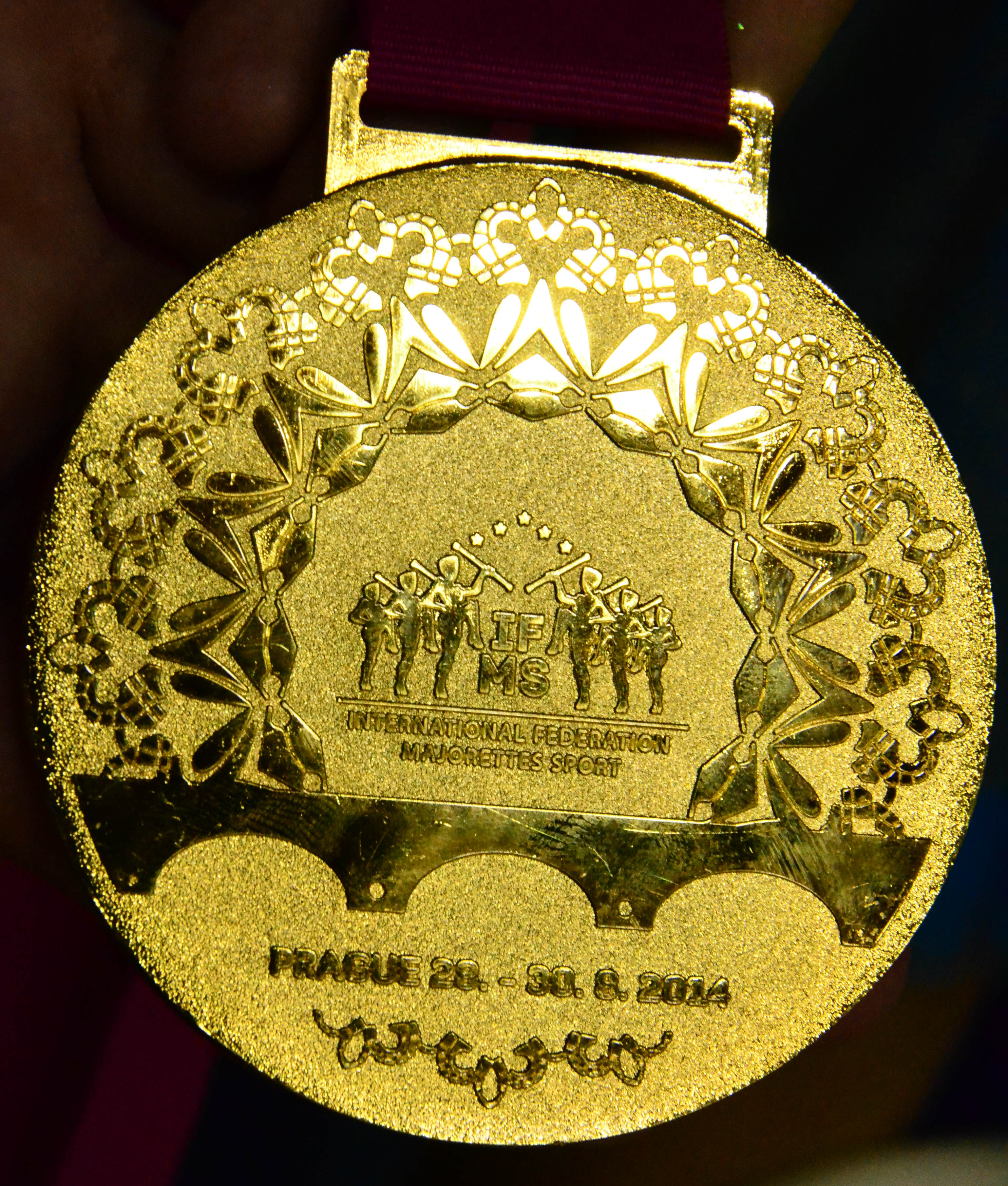 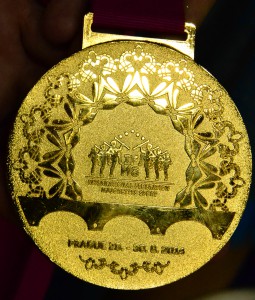 has its own insignia, one of them are the medals. What will be their final appearance is a tough nut, after all the medals are literally “fought for”.

„Medal for the best“

If organizers are able to give medals a story and graphic designers are able to imprint that story into those medals, then what happens is that they become valuables, not just metal objects. Also important part of the medal is its ribbon. This year’s medal glowed with pink ribbon. We could think that pink is the trendy colour in today’s fashion – but beware, pink is a symbol of gentleness, tenderness, romantic loves, but also of youthfulness and naivety. All these characteristics belong to a youth and audience’s attentive eye will notice that these properties can be seen from the choreography of so many competing groups and their performances.

Avers side of the the medal carries our logo of the championship, which are the letters W (world) and M (majorettes), entwined with two batons, the typical majorettes equipment. It is said that the batons represent an imitation of a scroll of sheet of music which conductor of the orchestra used to set the march beat. The fact the batons are laced into the letters symbolizes the majorette connections with the world. If you turn the medal 180 °, again it reads WM, which symbolizes the majorettes around the world; this symbolism is underlined by the silhouette of continents and further suggests that we are a sport open to the world.

Reverse side of the medal is marked with IFMS logo. The logo has a triangular shape; triangle is associated with the female principle (vulva). Stars symbolize international element; they are dominant on the European Union flag, the American flag and the flags of other states. Group of majorettes symbolizes that majorettes sport is becoming a mass sport and captured figure defines the beauty of majorettes sport, its elegance of movement, accuracy, synchrony and art work with the equipment. Below the IFMS logo is the silhouette of a bridge. The sports hall is located under the Nuselský Bridge (bridge length is 485 m and height is 42.5 meters, the Tube/Metro line goes through the bridge too). Bridge, however, symbolizes the connection between two shores ( I can x I can’t, I persevere x I give up, I will learn x I can’t learn, I will manage x I can’t manage ) and also you do not know what’s on the other side awaiting you… However, if we do not try to cross the bridge, we will never find out and we can only speculate and wonder. 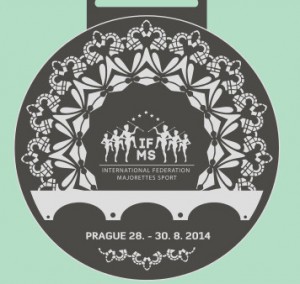 Both sides of the medals are completed and decorated with folk elements;
Specifically taken over from world famous souvenir, which is a Russian Matryoshka. Last year, the representative of the Russian Federative Republic visited our Championship, praised the high performances of the competitors and expressed the wish that Russia would become a member of the IFMS. As a gesture, their wish is imprinted in hundreds of medals this year.