The memory of the not living 80th birthday 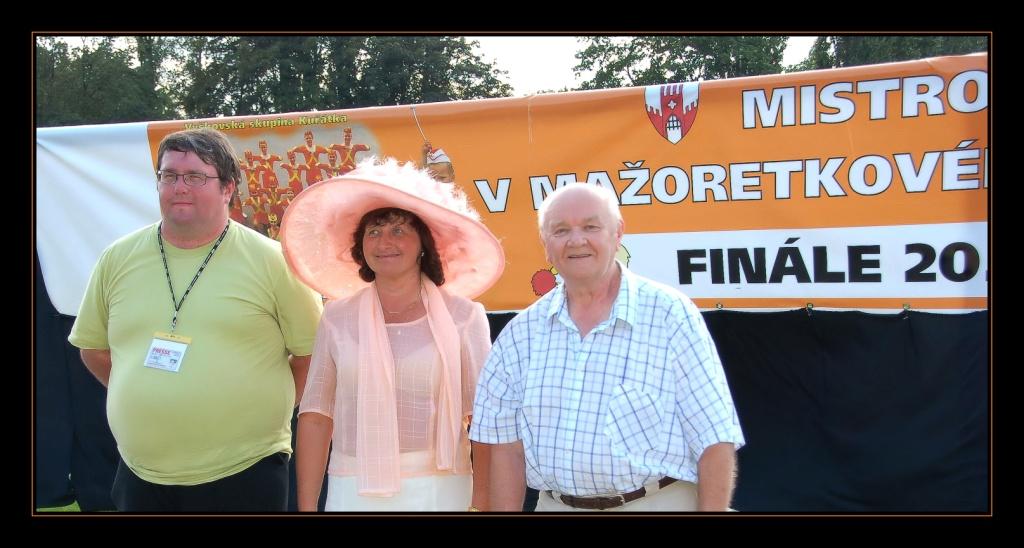 He became the founder of Majorettes sport in the Czech Republic, later in Europe. In 1994, for the first time in Hranice, he organized a competition during

which he used his experience of brass bands festivals with Majorettes accompaniment and gave the basis for the first rules he elaborated in connection with the development of the Majorettes Movement in the Czech Republic. The subsequent development of the Majorettes Movement was also caused by the fact that he was able to prepare the competition so that it fit into the concept of television programs and for six consecutive years Czech Television Brno broadcastedthe hourly program from the competitions from Hranice devoted to Majorettes. He founded the Hranice Majorettes Civic Association which became the annual announcer of the Czech

Following the rules and the Competition Set of Rules, he built the network of organizing towns and municipalities for the competition, invited experts from the

field of dance, musical and movement education, as well as from the seriesof Majorettes groups leaders and trained judges. He compiled the evaluating computer program that enabled flexible results processing, printing diplomas and score sheets immediately after the competition.

His experience and knowledge has been used by organizers of competitions at the international level and has thus become the main guarantor of the smooth running of the European Grand Prix and the European Championship in Majorettes Sports.

Master Jiří Necid contributed to the yearly development and improvement of competitions. He laid the foundation for expanding of competition disciplines, not only by equipment (baton, fringes, mix), but also enriched Majorettes Sport with small formations (solos, duo-trios, minis) and for spectators with the appealing discipline Majorettes Show.

He emphasized the careful preparation of all the details and demanded the same approach from his co-workers. He was at the first sightstrict, very focused on work, but he also liked to smile and joke in moments of rest. The moments while he was happy to rate the just-completed competition, he and his colleagues usually experienced on their way back home to Hranice.

The sporting character of the competitions based on the principle of fair play, of increasing performance, beauty and elegance of movement, high social level and demands on the competitive milieu, has become the basis for modern, mass sport that has made sense of the leisure time content for girls under 26 and beauty for the eye of the tourist accompaniment and the public.

For merit, including the development of Majorettes Sport, he was awarded by the City of Hranice Award in March 2013 in memoriam.The prize was taken over by his wife accompanied by their sons.

Thank you for everything, Mr. Necid!