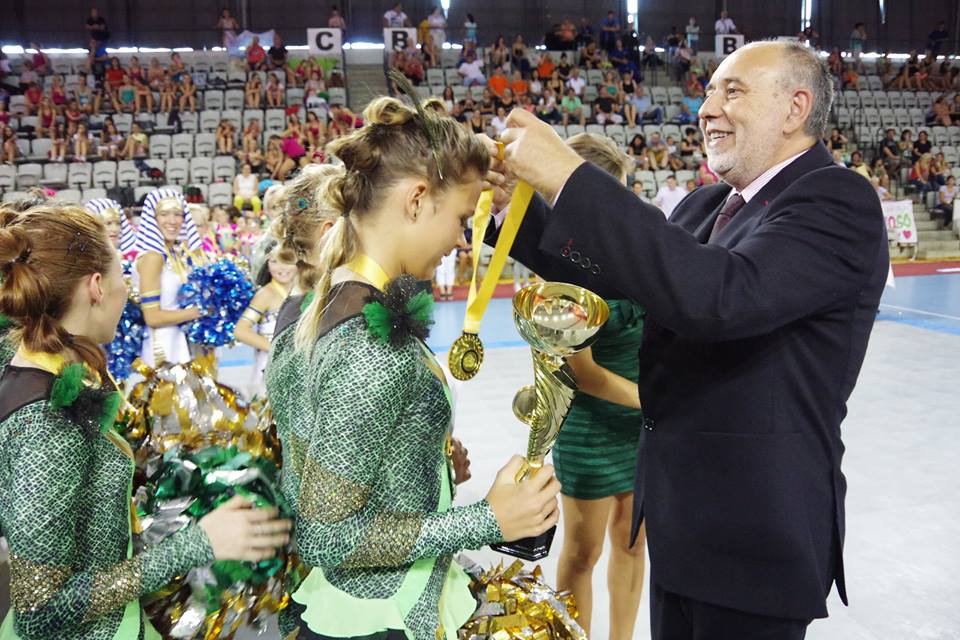 for the eleventh time you became participants in the great holiday of European Championship Majorettes Sport (ECH). After four days majorettes strive not only for medals but also to advance to the IV. World Championship Majorettes Sport (WCH), which will be held in Prague on 24 – 27 August 2016 in the sports hall Královka. As a participant, I have watched the whole four days, I would not dare to evaluate professionally their performance, but watch it, it was a sports and artistic experience. I dare say that the level of the competition was high and despite the nighttime thunderstorm with heavy rain brought complications competition continued without any signs of the impact of natural disasters on its course.

Sunday’s majorette parade with the band was grace of the ECH and I dare to pronounce compliment to all those who participated in it. This compliment also includes the first groups of girls that in the distant past embodied the music and took to the streets to accompany the band to entertain the audience. So it was on June 10 in Crikvenica.

Thanks again to all who cared about the eleventh edition of the ECH, I wish you all a nice vacation and are already looking forward to the competition IV. WCH year.