The person considered to be a true founder of the Majorettes Sport in the Czech Republic, and later in Europe, is Mgr. Jiří Necid. In 1994 he organised first competition of this sort in Hranice, which benefited from his previously gained experience from the Brass Band Festivals, where the bands were accompanied by majorettes performances. It was here where the first basis and rules were provided for the following movement and development of Majorettes Sport in the Czech Republic. Also, subsequently, the further expansion of this sport was aided by the fact that Mr Necid was able to create a format for majorettes competition that happen to be a suitable TV concept. For six years running Czech TV Brno broadcasted the competition in Hranice as an hour long program dedicated to majorettes sport. This prompted Mr Necid to initiate the founding of the Civic Association of Majorettes, Hranice (1996), which has become the sole promoter for the annual contest of The Majorettes Sport Championship in the Czech Republic.

To further majorettes movement in Europe he also initiated and co-founded two associations abroad. The EMA (European Majorettes Association) based in Zagreb, CRO (1999); and IMA (International Majorettsport Association) based in Opole, PL (2004). The deciding element for forming the IMA was general dissatisfaction with the conservative conception and organization of the competitions associated with EMA. The „dissatisfaction issue“ had previously led to membership withdrawal “de jure” from the representatives of the Czech Republic, Poland, Slovakia and Hungary (2003). IMA has taken fully to Czech version of rules and the Civic Association of Majorettes funded its translation into Polish, Hungarian, English. In 2004 the European Majorettes Sport Championship took place in Opole, PL.

The next step for Mgr. Jiří Necid was establishing a strong network of hosting cities; inviting various dance, music and sport experts – including some senior majorette leaders and coaches – to mutually co-operate and be part of a growing operation. Mr Necid also trained competition judges and put together a computer program, which evaluated and processed scores and results throughout ongoing events and was ready to print relevant certificates and score sheets immediately after competition concluded.

His experience and knowledge was widely recognised by organizers of competitions at the international level and thus he became the main guarantor for the well organised running of the European Grand Prix and European Championship in Majorettes Sport.

The Majorettes Sport benefited more and more each year from Mr Necid’s input as each annual competition improved and proggressed further onto another level. New and exciting disciplines were formed based upon used equipment ( baton, pom pom, mix); performance (solo, duo/trio performance , miniformation) and popularity by spectators and TV viewers – SHOW Majorettes.

Mr Necid demanded an emphasis on carefull planning and preparation of all neccessary details not only from himself but also from others. That’s why he could be percieved as strict and very focused on the job at first glance. However, he loved to laugh and joke too. After „a job well done“, happy and content, him and his collegues enjoyed journeying back to Hranice accompanied by his humour and wit.

The sport character of the competition; built on the principle of fair play, high performance, beauty and elegance of motion at a high elite level; became the basis for modern mass sport dedicated to girls from 6 to 26 years of age.

Competitions in Majorettes Sport respond to major trends and influences: 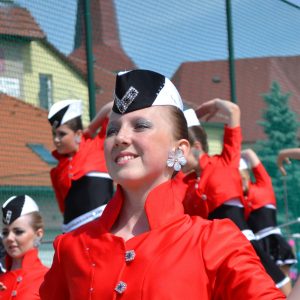 natural creativity of the choreographers, coaches and majorettes, which demanded more than just classical concept of majorettes as „decoration“ for the brass band orchestras 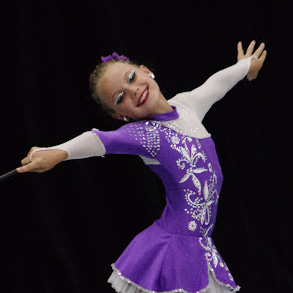 lifestyle and feelings of young generation, their music, dance and costume, likes, interests and hobbies 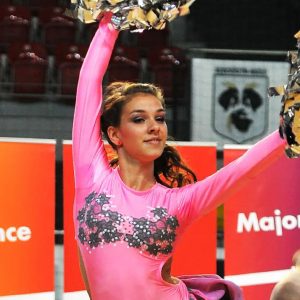 Czech majorettes groups and solo performance individuals became the elite in Europe, and The Czech Republic Championship in Majorettes Sport has become the largest national competition not only in Europe. In no other country does any similar national competition last for almost 20 days with such a high number of host cities.

In 2013 , the contest entered into its 20th anniversary year. To mark this special anniversary, majorettes supporters founded an international independant organization called International Federation (of) Majorettes Sport (IFMS), based in Prague.