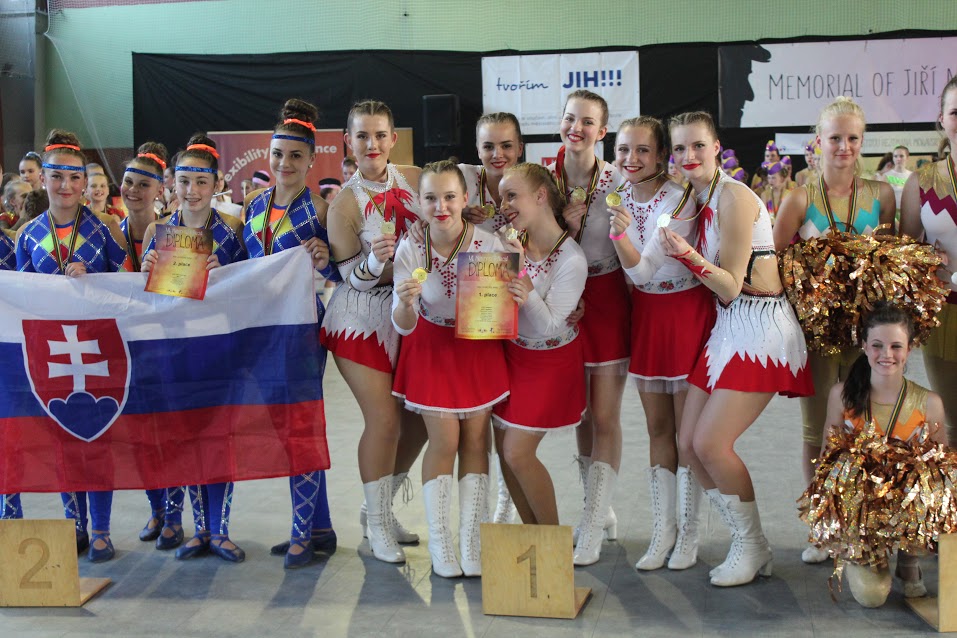 The sixth year of this already prestigious competition took place this time in Ostrava, in the sports hall of Prof. Zdeněk Matějček, under the patronage of the Governor of the Moravian-Silesian Region, prof. Ing. Ivo Vondrák, CSc.

MJN is included in international competitions and foreign clubs together with Czech ones have filled the competition to the limit of its capacity still before the end of the championship. The following clubs were represented at the MJN: 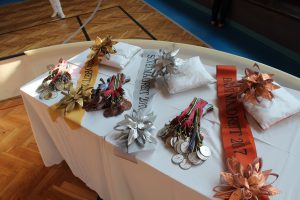 The voting of a Golden Majorette, which took place for the second time, was divided into sections between the competition blocks. This time, 25 majorettes were registered (last year 10), including from Slovakia and Croatia. The Czech candidates were presented already during the championship, others had their premiere only at the MJN. As it is already common practice, at the last minute the registered candidates logged off and the unregistered ones signed up again. It was quite “fun” to keep changing the list; At first it seemed that the serial numbers were not going to be enough, then again that they would not pin them. Before the start, everything was “squashed” and 16 candidates took over the area. The voting of a Golden Majorette is seen as a social game with the aim of further positive promotion of clubs through their charges. The girls performed the voting with all the glory, it suited to all the candidates, especially to the decorated ones. The Golden majorett 2017 became Aneta Vacková, MONA Náchod, Silver majorett 2017 Tereza Torcikova, Elité Ostrava and Bronze majorett 2017 Sara Bogović, Mažoretkinje Dubrovnik Veliko Trgovišće

The MJN is a progressive contest, and so it was fought for advancing. As a result, there were in some cases advancing for the World Championship, in other cases for the European Championship. Only the medal places have been again so little, unfortunately, the winner grades are only three.

At the end of the competition, the Cup by the president of International Federation Majorettes Sport was also awarded. The cup could be gained by a group with the equipment baton for the highest number of points achieved. This was done by the domestic team of juniors from Elity Ostrava, which won 60.1 points. All members of the junior group did not conceal the surprise and joy of such a cup.

At the start, a total of 212 formations (39 groups and 173 small formations) were replaced and evaluated. Contestant Majorettes from Slovakia and Croatia varied and enriched the competition. Mr Necid would be surely happy about such a competition, the announcement of the results was similar to those of the 1990s that preceded the majorettes sport. The hymns changed during the announcement, the atmosphere in the hall was amazing and friendly, the ovations graded and did not take the ends. And that’s the way it should be; everyone cannot win, but they can take the competition as a friendly gathering.

“Dear Friends of Majorette Sport! I greet you at the occasion of the 6th Memorial of Jiří Necid and I am very sorry that I can not attend this event for business reasons. Mr. Necid did not know how he would influence our lives. He bravely went to his goal, he invented the rules and the entire organization of the competitions. He joined into his idea companions and friends all over our country. Unfortunately he left us too soon but luckily he found followers who took over his ideas and majorette sport continues to develop not only in our country but also abroad. The 5th annual World Championship, which is held regularly in Prague, will be a brilliant proof of that in August this year, and here is a great thank to Mrs. Marta Pavelková and to all who help her that the majorettes sport gets more and more fans and that the link of the work of Mr Necid continues to be valid for the next generations. I wish to all contestants good feeling about honest sporting performance and look forward to a meeting in Prague. Your Milan Ludvík “