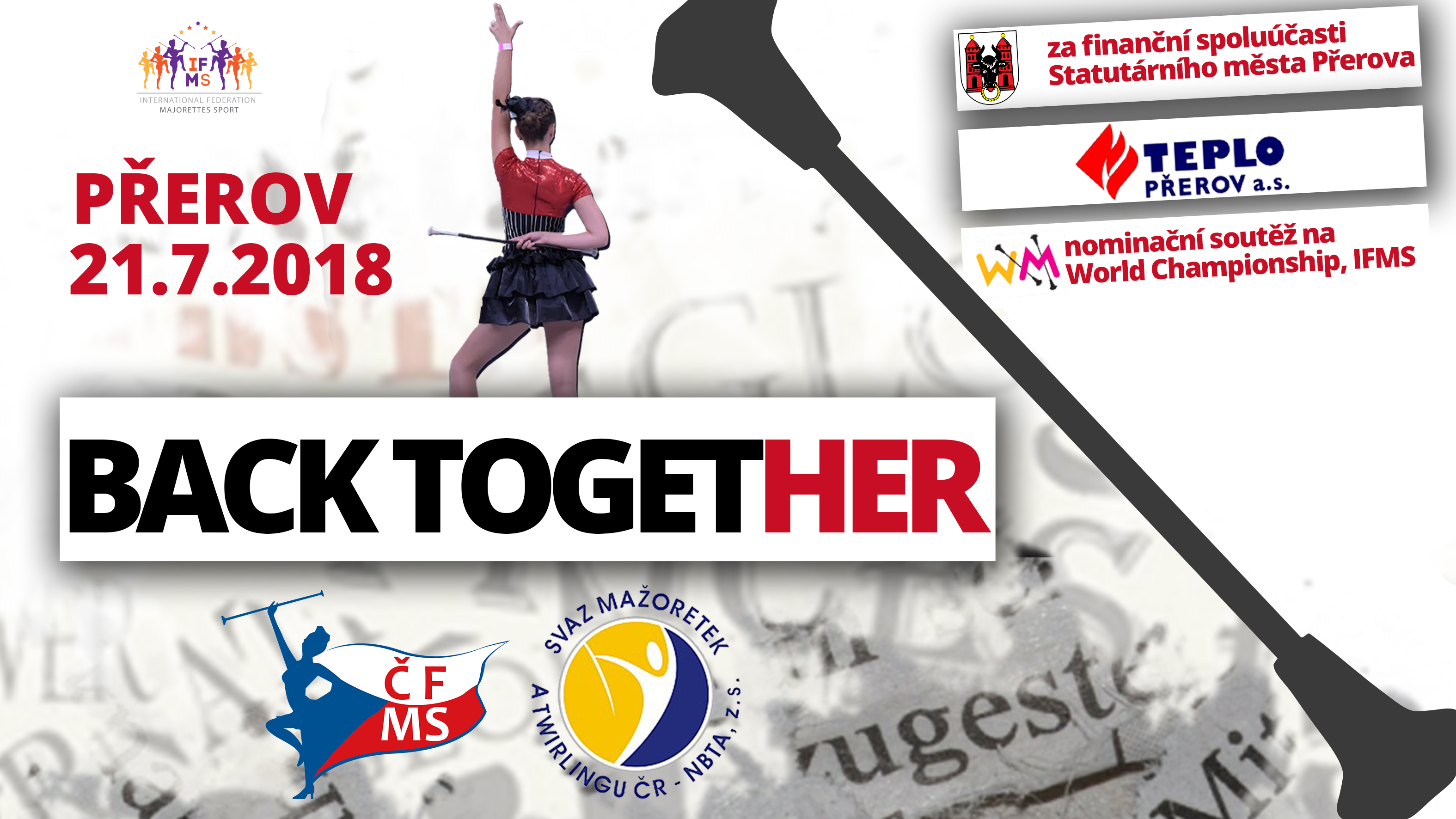 It is said that separation separates, but in some cases it can be quite the opposite. Sometimes, separation can be also inspiration for something new and subsequent reunion can also be the basis for further development.

And the competition in Přerov was the proof.

In the competition area, they reunited after nearly twenty years – BACK TOGETHER – the majorettes of the two oldest Czech majorettes organizations, whose representatives in 1994 laid together the cornerstone of the nationwide majorettes competitions in the Czech Republic, which under the joint baton lasted until 1999.

The concept of the Majorette has undergone a different development in each of the organizations over the next 20 years, which was evident in the variability of the competition sets, when we throughout the day during could see the formation of the so-called Majorettes Sport, which is represented by ČFMS(Czech Federation Majorettes Sport) and which is based mainly on dance rendering in connection with the work with the Majorette baton, and on the other hand the concept of the so-called classical majorettes, based especially on the march in combination with the twirling work with the baton, which is SMTČR – NBTA.

According to the reactions of the audience and the subsequent judging of the jury, it was clear that both concepts of the majorette has its own charm and everyone can choose his style. But mainly, on all the contestants there was seen that this sport is being done with love, great setting and enthusiasm, and it was and is the main connecting element of all majorettes.

I am very pleased to be able to participate in this unique event and participate in her organization, and I firmly believe that it was not just a one-time meeting, but that we are at the start of a new stage – BACK TOGETHER.

Ing. Michaela Holmanová
director of the BACK TOGETHER competition
representing the President of SMTČR-NBTA

Official site of the competition