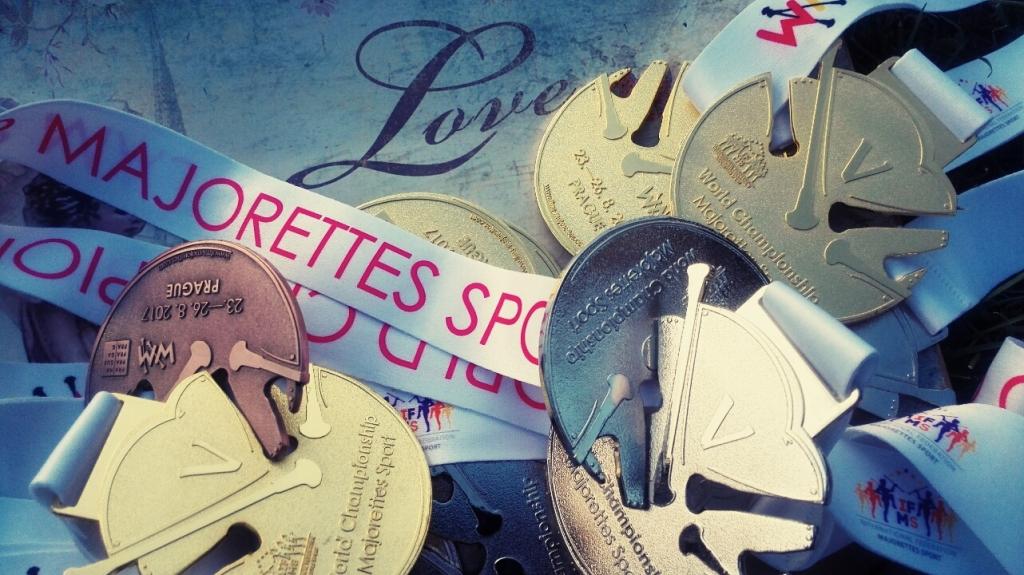 Design and original appearance of medals & ribbons for the fifth anniversary of the event this year were carefully selected for the
occasion. They were produced using more complex manufacturing methods with longer production times & higher costs than previously.
The printed ribbon design appears delightful and striking. White colour symbolises peace and purity of the majorette sport which is also
underlined by the use of dove with olive branch in the form of understated emblem.

The dove motif features on both sides of the medal in the upper part among majorette batons, moreover it the shape of a heart. Another unique design feature used this year for the first time is the combination of incisions and protrusions on the medal to create image of 5 batons to commemorate the 5th anniversary of the Championships. The host capital city of Prague is referred to on the medal by a square shaped logo.

The ribbon colour scheme was also used as a pattern for design of the V. World Championship Majorettes Sport souvenirs and commemorative items.