International Open Cup from the perspective of Czech judges 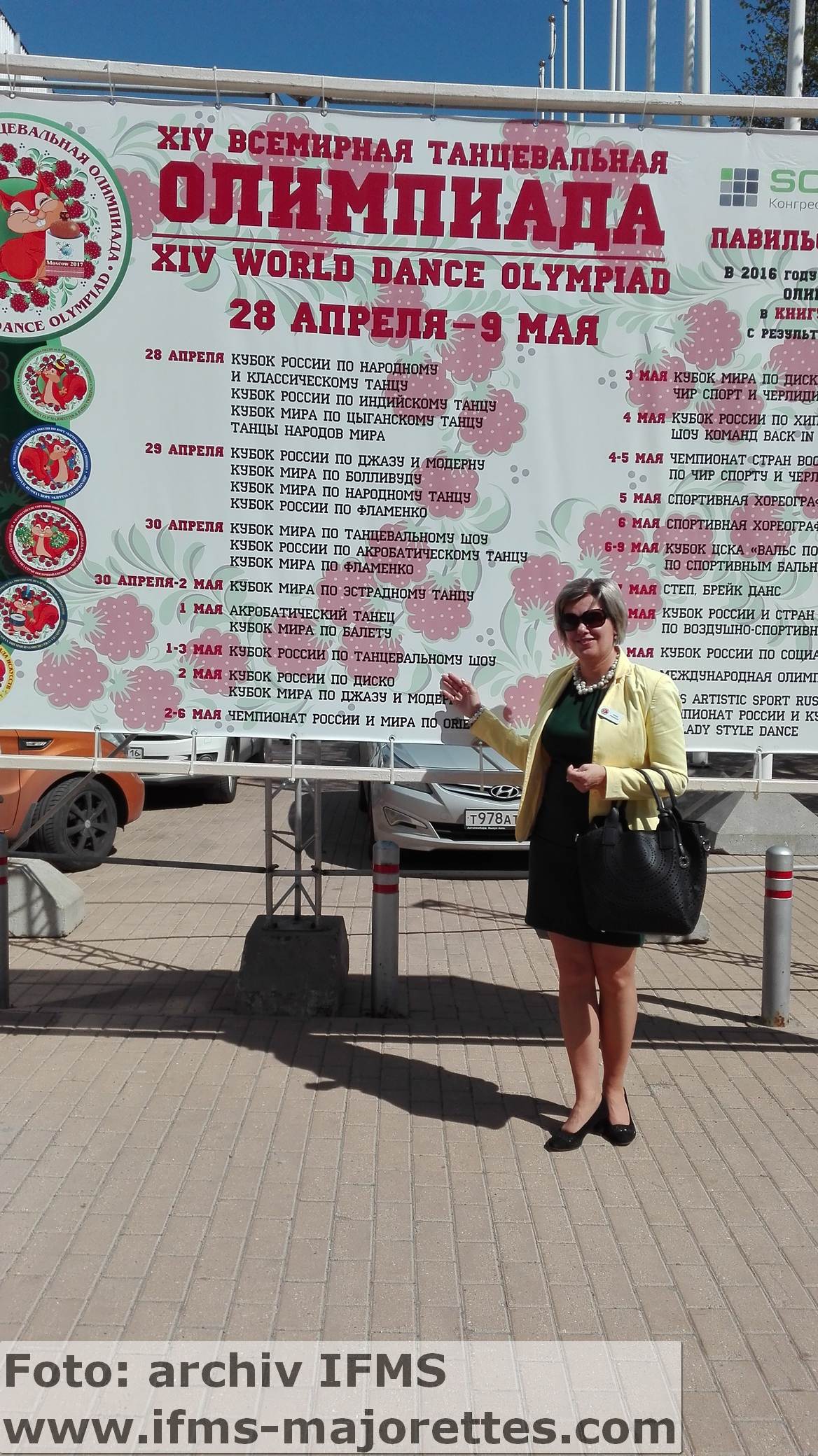 This year, the part of the World Dancing Youth Olympics in Moscow was Ist International Majorettes Open Cup, held on May 5th and 6th, 2017, in Sokolniky. For the Czech Republic Iva Poláková and bachelor Michaela Poláková were nominated to the judges, and for contestants accepted the nomination the majorettes Bohemia of the School of Fine Arts Přeštice.

The main organizer was the Federation of Sport Choreography of the Russian Committee of Sport Majorettes. The competition was attended by a total of 2,203 majorettes, which surpassed the number of last year’s Grand Prix in Moscow, and this number was written in the Russian Book of Records.

From organizational point of view, they have the organizers, from whom is the competition very well prepared, from the registration, the number of judges, the background for the spectators, to the safety of all the participating contestants and spectators. The competition was held in two sports halls, that were perfectly air-conditioned.

As jury and coaches we were also very much surprised by the high level of movement training of most Russian groups. If they will take part in the World Championship 2017 in Prague, they will be equal opponents to other contestants and we can look forward to a beautiful spectacle.

We really enjoyed the discipline with drums. With this discipline, we had to manage as jury. It was scored the same as other disciplines. Some choreographies have been very successful and we can even say that we were amazed by this sporting art.

The judging was generally challenging for the jury to concentrate and speed. For a large number of starters, the course of the racing groups had a very rapid course, and a short period of time was determined for the point rating. Each competitor was rated individually on one piece of paper. The system of scoring was the same as in the Czech Federation, except that the jury had to count himself the marks for choreography, movement and equipment, and to hand over the point form immediately to the collector who handed it to the computer center where the results were processed. Individual judges’ marks were posted after the results announcement publicly with the names of members of the jury, as the given member of the jury evaluated.

There was not much time for a tour of Moscow, but we tried to visit places typical for Moscow without which it would not be possible to leave. With the approaching “Day of Victoria” everywhere a festive atmosphere breathed to us. The cleanliness of the city was a great surprise for us, helpful friendly people at every corner and some charming metro stations left us with an amazing experience.

A great thanks for caring during the whole course of the competition to Mrs Olga Yurchenko.

The support for sport in the Russian Federation is incredible.