The last weekend of August belonged to majorette sport, the competitive year was rounded off with the World Championship Majorette Sport and the World Majorette Cup.

In Prague’s sports hall Královka, for three days there was competition not only for medals, but also for cups; each competition formation received a diploma with the obtained position and a sports trophy, each competitor a practical souvenir.

“It is a great honor for me that majorette sport chooses the Královka hall every year to host the World Championship. An event of this format deserves a lot of attention from the audience and the media. The WC organizers are very professional and always have the event 100% ready. I am very satisfied with the cooperation and look forward to the next years”, wrote Mr. Simon Bytel, director of the sports hall, in his evaluation of the event.

In a live broadcast, viewers could watch the dynamic discipline of senior women with fringes and cadets in solo formations with the same equipment. Why cadets? After all, majorette sport belongs to all age categories. The fringe tool has been part of the majorette sport for more than twenty years, it was included in competitions even in the years that preceded the majorette sport. The most represented utensil is a baton. Unlike the fringes, gymnastic elements are included only rarely in the group’s competitive sets in this discipline, but the choreography resemble a view into a beauty eye; subsequent choreographic changes made more difficult by working with equipment with mandatory elements.

The expected start of the transmission has been moved by 15 minutes. A strong storm over Prague made the signal with the satellite impossible. Perhaps there was a flash to better times.

The order in the results lists is arranged from the highest points downwards, the order is determined even in the case of equality of points. The application for processing the results has entered criteria in such a way that, in the event of conformity of points, the first priority in the assessment is the criterion of points obtained in movement preparation, then follow others, which are chorography and composition, work with equipment, there are twelve criteria in total. In this way, the final ranking is determined and possible split places are avoided.

The field of healthcare is important not only in the preparation of female competitors, but also at the competition.

“With a large number of starters, all competition days were held without major health complications for the female competitors. Only five minor injuries caused by impact from equipment, three injuries caused by bad footing and one competitor’s collapse after the end of the set on Saturday were treated. The contestants and coaches approached the whole event responsibly and there are no comments from my side” Monika Lancová health service in the sports hall Královka. 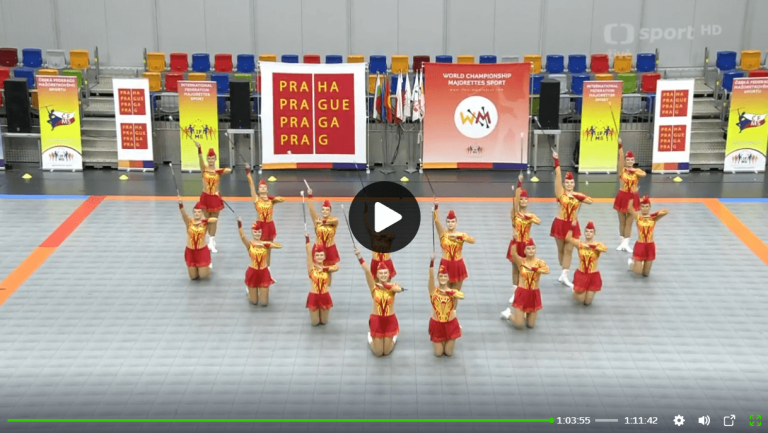