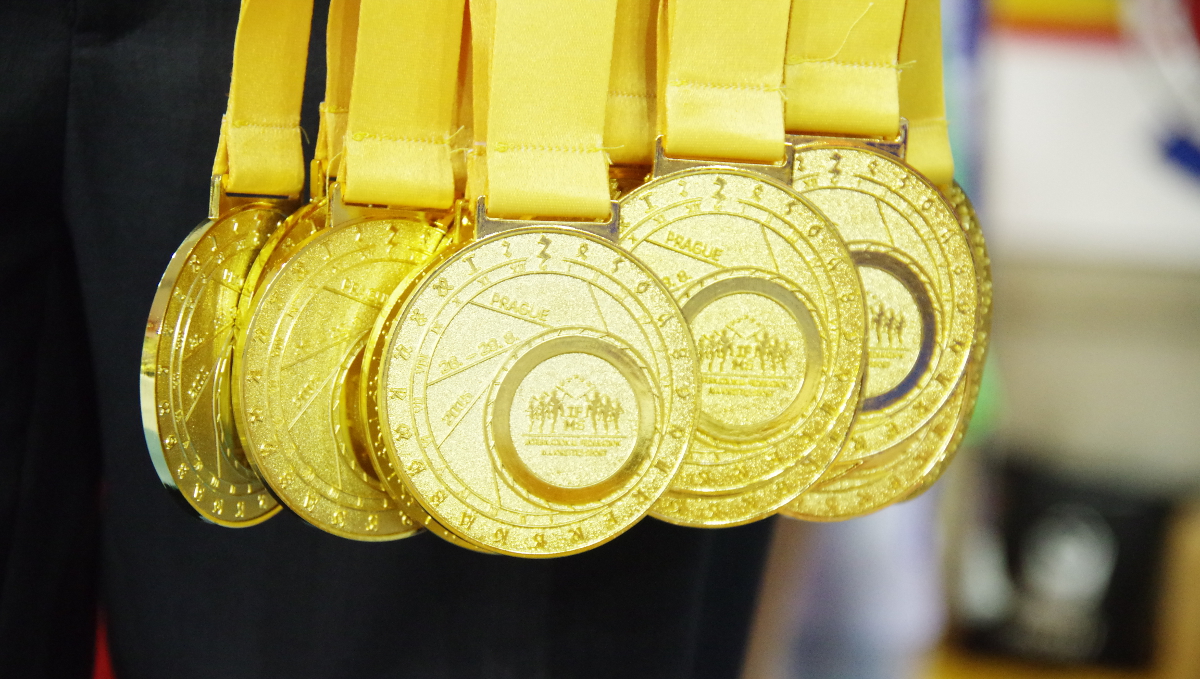 For competitive year 2015, the main characters of medals, with very different meaning, became the Kazakhstan and the time. The symbolism of Kazakhstan indicates the primacy of representation in the international championship organized by IFMS. A time means the difference between the times, which symbolizes a history of the WCH Majorettes Sport. 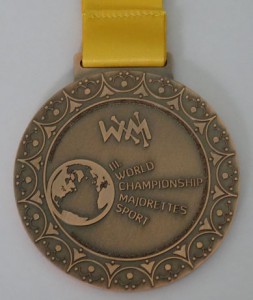 The observe of the medal is hemmed by simple graphic that is partially derived from the flag of Kazakhstan (majorettes from Kazakhstan for the first time took part in the WCH); the Sun dominates on the Kazakhstan flag there, under which is the eagle. The sun is the source of life and energy. There are 32 rays (sun rays as grain) around it. On the medal there we can see 16 (half) repetitive sun rays with a modified form. In each semicircle there is illustrated silhouette of the eagle/ bird. Children´s silhouette of the eagle/ bird shows how the complicated thing can be understood as simple. The locations expresses a wishes of IFMS to a communication and a cooperation with all friends of majorettes sport and its members would be simple and creative. The inner circle is hemmed by a small repetitive inscription www.ifms-majorettes.com. There you will always find everything you need from the world of majorettes sport. In the upper part of an inner circle there dominates a logo of WCH Majorettes Sport. Below that the official notice of the competition spreads there. It is also located next to the silhouette of the globe. It symbolizes the majorettes belonging to the world and the world belonging to the majorettes. 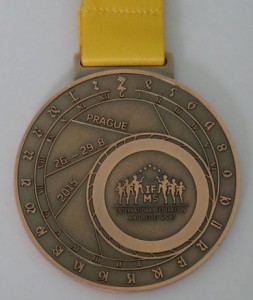 The reverse of the medal belongs to the second symbol – time. An inspiration by the Prague Astronomical Clock isn´t haphazard; Astronomical Clock like gem of history, like a technical monument wakes interest of Czech citizens and foreign tourists and is the most visited place of the Old Town Square in Prague (the first written mention about Astronomical clock comes from 1410).

Dominant but still a little hidden feature is the number 3, which deviates from properly folded numerical series. It means the 3rd WCH Majorettes Sport in Prague. In the graphic of the medals there also does not miss a date and place of competition interestingly located on the rays of time machine with logo of IFMS.