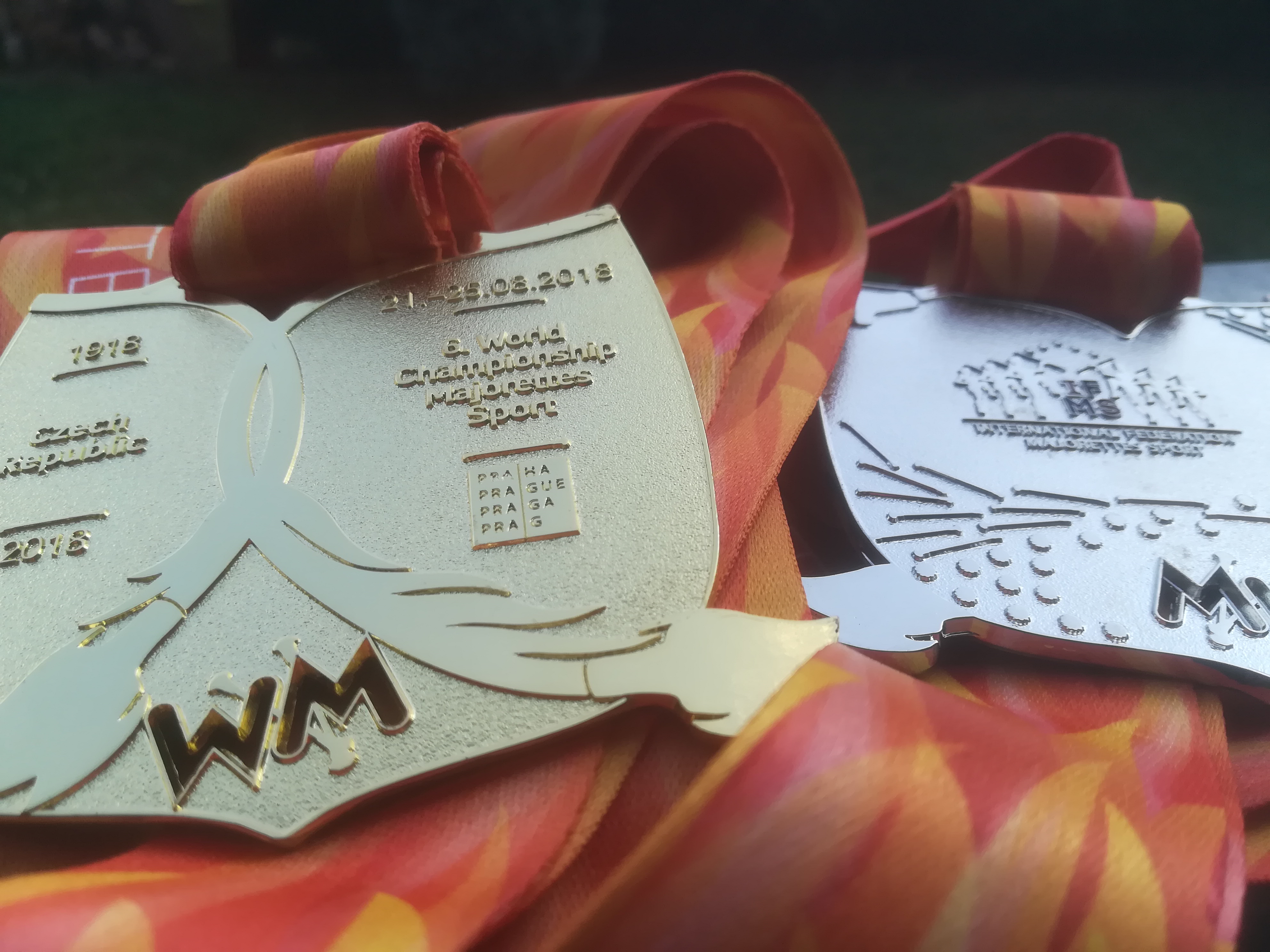 This year’s, already 6th WCH Majorettes Sport in Prague will appreciate by minted medals from a special edition designed directly to this event, after all like every year. This edition is, however, really exceptional. We introduce you a lively lion edition! 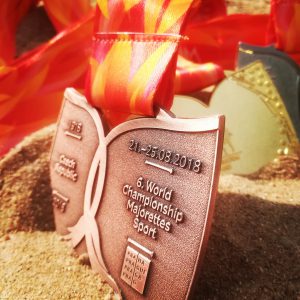 Let’s start with the back side this time. The view and it causes lots of questions. The dominant are two lion tails, one of them has already crossed its borders and the other is in the same direction. So, as some of the contestants in Majorettes Sport. The two-tails lion is well-known element in connection with the Czech Republic. He appeared in the Czech emblem already in 12th century and its Honorable place has still been holding on to the state emblem. If we are talking about an emblem, are you thinking that the shape of the medal reminds us of an emblem or a coat of arms? Rightly, it’s so! Assimilation of the medal to the emblem of Czech statehood deserved a significant this year´s anniversary 100 years since the Republic was founded. As a reminder of this jubilee it appeared the year 1918 in the upper left corner – the year when there was founded historically the first Republic in the territory of the Czech lands. The medal must not miss the exact date, title, WCH Majorettes Sport year and venue. Linking of front and back side forms the official already traditional international logo of the world championship (World & Majorettes x Majorettes & World). How do you like this element? How about trying to take a photo of some detail through “leaky” logo? 🙂 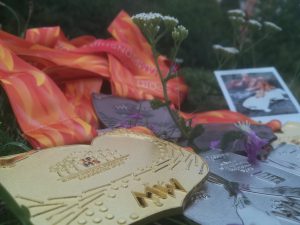 A significant part of the front is the IFMS logo as an International organization covering up this spectacular competition. Also there we can see a shift compared to the medals of previous years, in the form of colored IFMS letters. The logo is surrounded by the tool that is in the majorettes sport abundant. Batons and pom-poms are called alpha omega of this sport. This is confirmed by the baton rising in the top part of the medal and holding the important function of the medal. Yes, we are talking about the little ear in which the ribbon is captured. We get so to the last part of the medal. It is elegant and delicate, just like Majorettes Sport itself. Paint of the ribbon can associate in you fire in these sweltering summer days. But the truth is that it depicts the lion’s pride, thus the lion’s mane. If it will lie on your chest, the chest of your children or wards, your mail friends or female friends, It will be not only their pride, but also the proof of a successful path they have been going to and which they follow hard to their goal.
… like a king of animals to his prey.