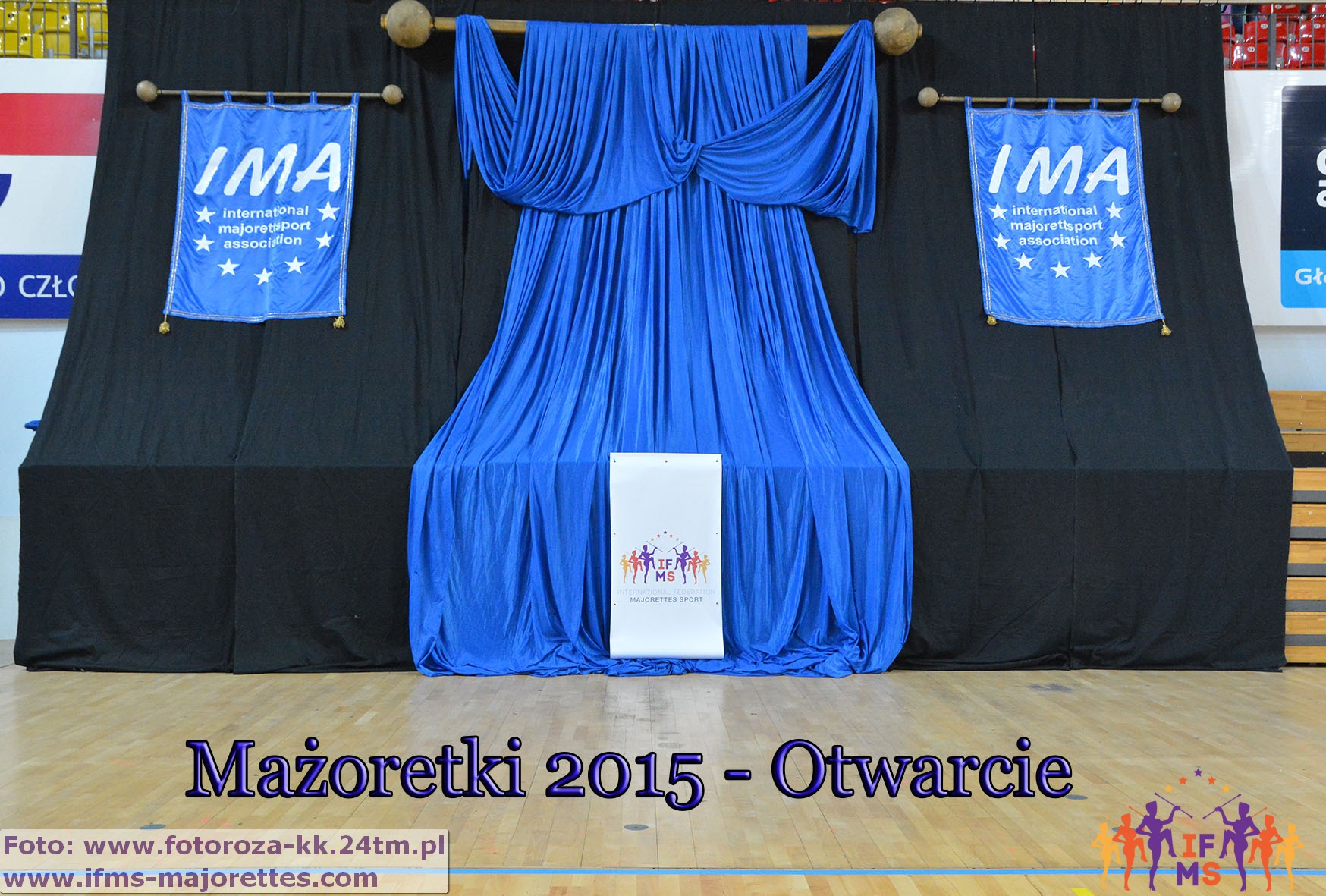 The jubilee X. European Championship which was held from 27-28th June 2015 in Kedzierzyn-Koźle, Poland, was awaited for whole two years. Out of the 10 year history, this event has been held in Poland for the 8th time.

Modern, spacious hall with a large parking lot for this kind of sport was satisfactory. It is located in a quiet suburb area, which was unusual for some participants as some of them got lost a little but in the end everyone was present and on time for the start of the competition. During both days and in the presence of the President of IFMS Mr Ing.Josef Doležel, a relaxed atmosphere prevailed.

It was here and for the first time that a new model of nominations from the national championships was applied , which lies in the fact that the contestants with the highest number of points from the national championships are nominated directly for the World Championship and hence other competitors then get a chance to fight not only for medals but also passes for the World Championship, which will be held from 26th to 29th August 2015 in Prague, Sparta Arena, Podvinný mlýn

In the second competition day besides the duo-trio 2BAT in all three age categories there were also disciplines called “Bulava” (commanders mace of the Cossack governer) showcased. Competitors from these disciplines do not proceed to the World Championship as yet, nor were they awarded titles. However if the proposal to include and summon these disciplines into the rules will be submitted before the IFMS members session meeting will take place, it is possible that Majorettes sport will be broadened by such disciplines. It depends, however on good drafting of the wording of the rules including the method of evaluation.

Since 2012, when IX. European Championship was held in Opole, Poland, some changes took place, both in the definition of the majorettes sport rules and the association IMA (International Association Majoretsport) itself. IMA continues (after elections in January 2013) to be registered in Poland and is primarily governed by Polish law. After the formation and establishment of the International Federation IFMS, IMA became its member. Up until then it was IMA who was rightholder and promoter of the European Championships in Majorettes Sport , which may be proven by history of individual Championship. Never at any point were the rights transfered onto other entity or person to allow them to hold such event.
Nevertheless in 2013 Tatabanya, Hungary, boasted with X. European Championship in Majorettes Sport, which was held in the parking lot behind a hotel. From the video published on their website, it was clear that the marching parade went through a public road without marking the route as according to the rules, between parked cars. Ms Éva Gogolák correspondence reaffirmed us that IMA Opole is a different organization to the IMA in Tatabánya, which was founded June 12, 2013. This newly founded organization with president Eva Gogolák uses by right shortcut IMA, draws on its very good reputation and years of history as IMA Opole and appropriates a serial number of Championships X.

The public deception though continues by an organization that is presented under name – Majorette Sport World Federation, with its president Mrs. Željka Banović, and that is by having announced XI. European Championship 2014 in Porec, Croatia. Even more confusing is that listed organization using the acronym MWF, has not published the address of its headquarters nor does it state other mandatory data, which are subject identifiers (ID number, reference number, date of establishment, etc.). Another “heresay and delusion” is promotion of XII. European Championship in Brno. MAC organizer based in Brno claims on its website that they are not majorettes sport, but they nominate from their competitions passes to XII. European Championship Majorette-Sport Brno 2015. Doubtful also is that recommended letters and post sent to their organization’s head office return as unclaimed ….
By the way… Does anyone know where in this case are the previous XI. years?

IFMS based in Prague, which is the umbrella organization for majorettes sport and member organization IMA based in Opole work together on organizing majorettes competitions and other events, which are used for the development of majorettes sport, whose main competitors are children and adolescents, especially girls.
Together they seek to improve the conditions of competition, to promote this new, modern sport to the general public, creating majorettes sporting history, striving for transparency by publishing the actual starting lists and scorecards immediately after the competition, answering any questions not only about the rules and organizing of the competition but also about mentioned transparency.
Published documents remain unchanged on the website.

Thanks to all the participating teams and formations for the representation, which has been at a high level. The new model confirms that there is a great potential in Europe to further develop majorettes sport.
In the history of the European Championships in this sport this jubilee X. year 2015 belonged with the largest number of application changes to the most professionally mastered championships, both with organizing staff and majorettes, coaches, parents, and other public audience themselves; all together formed good competitive atmosphere.

IFMS and its member organization IMA cherish the interest of competitors and the general public; it grows and spreads to other countries, not only in Europe. The goal is for each team to create a professional and individual approach, mutual trust, reliability, transparency, contentment, joy of movement and the achievements, also to prove that majorettes sport gives the opportunity to children and youth in a modern, technologically advanced world, to fulfill their interests.